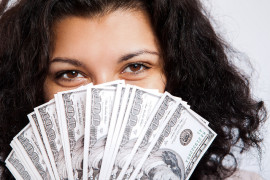 Women are taking an active role in funding one another’s businesses. This is a major step forward, and yet, the balance is still skewed. Most of the capital is still in the hands of men. For that matter, most of the experience is in the hands of men. At Gangly Sister, we’ve had positive experience with a variety of accelerators and groups looking to fund women, such as Pipleine Fellowship, the NewMe Accelerator, and the Women’s Startup Challenge. These organization bring to the table something sorely missing from men’s organizations: sisterhood. When you walk into a group of women founders, even when it’s a competition, you get an immediate feeling that we are all there to help one another. I’ll never forget when one of the women ran over her pitch time because of technical difficulties, and the entire room forced the moderator to give her an extra 2 minutes. I’m not saying that men aren’t truly wonderful, there’s just something totally different in the chemistry of the groups. At the same time, we have plenty to learn from the established and male-dominated clubs. Here are a few of the next steps we need to take when it comes to funding women-led startups.

Show me the money.

Some of the amounts being offered are just too small. In confidence, a investors have told founders they were refraining from investing because the fund was too small to get the company to the next stage. The Female Founders Fund raised $5 million last year for seed funding for women-led startup. That’s a decent number for a seed fund, but let’s face it, $5 million is tiny when it comes to venture funding.

Crowdfunding can work, but it’s not a solution.

We failed at our crowdfunding effort, so this is obviously biased. Crowdfunding definitely is an amazing avenue for some types of companies, and for companies who are willing to devote a few months of their time exclusively to crowdfunding. The effort and odds of crowdfunding are probably just as good as pitching to investors, to tell the truth. At the same time, it’s not a solution for large-scale funding or for many startups. Ultimately I expect crowdfunding to mature so that contributors can also get equity. When that happens, crowdfunding will have greater potential, in particular for companies with excellent marketing.

Sharing the risk is essential

In a number of funds I’ve observed that the risk isn’t spread among investors. Several cooperative-type organizations are allowing women to invest in one another, or allowing individuals to invest in companies that would normally be accessible only to vetted investors. In other words, with as little as $1000, I could invest in the women-led startup of my choice. What’s missing is the ability to share the risk. When you belong to a fund, you can afford the 5 or 10 losses for each win, because your investment is spread out over the entire portfolio. It’s absolutely essential for these cooperatives to find a way to spread the risk for their investors and angels.

It’s not what you know…

Startup founders know that the time to start looking for the next round of funding is immediately after you raised this round. The same goes for investors. The best funds and accelerators are those with connections to funding sources at the next level up. Fundamentally, that means, as women funders, we will have to work hand-in-hand with the existing funding groups, which are male-dominated. Ultimately, this means creating a level of understanding and cooperation that has been missing in the industry until now. There’s been great progress, but we need to do more to have men understand different communication styles of women, as well as why some startups are answering needs that may be invisible to them.

What do you see is next for female founder funding? Does it even make sense to have separate sources for men and women? If so, what do you think that women can provide to their portfolio companies that has been missing?   Photo Credit, https://www.flickr.com/photos/76657755@N04/

What are Purple and Nine Doing?Women in History We Love!