Women in History We Love! 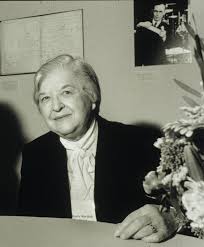 As Women’s History month draws to a close, we wanted to pick out our favorite women inventors and technologists

Did you realize that Kevlar was invented to reduce gasoline consumption in cars? It turns out that Stephanie Louise Kwolek invented Kevlar for |DuPont Corporation as a material that would reduce the weight of automobile parts without reducing their strengh. Now it’s used in a variety of applications. Kwolek was raised by her mother after her father passed away when she was only 10 years old. She was interested in science and wanted to become a doctor, but when she discovered how much of a difference she could make in the world through her inventions, she made science her lifelong mission.

The first computer games were so simple that 3D Tic-Tac-Toe was a major achievement by Carol B. Shaw, the world’s first female video game programmer and designer. Her first game was a computerized Polo game which was never released, but you can see a video of a prototype here https://youtu.be/tBZuwK5Cyvs. Shaw always loved math and studied computer science, gaining both bachelors and masters degrees from the University of California, Berkeley in 1977 and later earned her Masters Degree in Computer Science.

Often, women created inventions that solved needs of women. That was the case with Marion O’Brien Donovan, who invented the disposable diaper. Before she made this invention, diapers were made of cloth and needed to be laundered. O’Brien Donovan came from a family of inventors, with her father and uncle running a manufacturing plant. Her mother passed away she she was 7, so she spent a lot of time with her father and his brother in the factory, and learned the importance of innovation. She earned degrees in English and Architecture, and was also an editor for the national magazines Harper’s Bazaar and Vogue Magazine. She made the invention of a disposable diaper for herself when she had babies. The first disposable diaper was made out of a shower curtain. O’Brien Donovan earned 20 patents for different inventions over her lifetime.

What problem do you want to solve? What invention do you think we need next?

Disney, Google and NASA blow the non-stereotype thing once again
May 19, 2015