What to do about emotional outbursts in the office 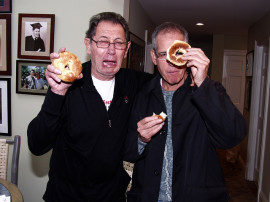 (This article is part of the series “How corporate culture would look if women ran the show.”)

Anger in the office

This may be cultural, but I’ve seen plenty of men raising their voices in the office, getting in heated arguments, and generally railroading other people’s projects.

At one firm I worked, every management meeting featured the CEO chewing out someone for something. One day it was my turn and he blew up at me about something with our channel marketing. I froze and didn’t answer. I asked the VP sales about it, and he said “That’s just how he is. Don’t take it personally.” In other words, that kind of emotional outburst is fundamentally acceptable.

I’ve seen it at other companies, and yes, it is. In fact, some of the harassment that women are complaining about in startup culture is nothing more than “emotional outbursts” of men who are angry.

Frankly, if we just see it that way, it’s fine. When I approached the boss later, asking him specifically what he wanted me to improve about the channel marketing, he apologized for his behavior, and said actually there wasn’t something specific. In other words, he was just having an emotional outburst.

I want to emphasize that angry outbursts are acceptable, as long as they are occasional and as long as the person who has them recognizes them for what they are.

Women who complain that they can’t deal with this aggressive culture need to grow up, just as men who claim they can’t deal with women crying in the office need to freaking grow up. It’s part of how people express themselves. Get over it. The guy raised his voice. Do we really have to call that “aggression”? Didn’t your parents ever yell at you? Didn’t you ever yell at your kid? It happens. We have emotions.

Bawling in the office

I actually had an hour-long meeting with a woman who sniffed and cried through good parts of it. We were talking about a project she managed, and she was upset at how it was going. I told her what the expectations were, we worked through the problems, and I gave her the training she needed to move forward. I didn’t get up and say “Oh, maybe you need a little time,” or “Come back to me when you get your emotions under control.” No, I just acted like upset was the most normal thing to be in this situation. It was—she’d screwed up the project.

In a woman’s world, there are no banned emotions and we just work through it.

Pop Quiz: What emotion do you prefer?

If you still think some female-associated emotions are inappropriate for the office, just take this simple multiple-choice test:

Who is taking more responsibility for their actions?

Exactly. The person crying has a sense of personal accountability. The person yelling is in the process of blaming.

None of this means that you should have emotional outbursts every day. If you can’t deal with high pressure, uncertainty, changing directions, and several emotional zig-zags daily, you shouldn’t be working in a startup.  If everything makes you shout or cry, there are coaches and therapists who can help you. If everyone in your office is having regular emotional outbursts, you need a new job (or, if you’re the CEO or senior manager, you need some training to set the tone differently).

But if people in your office have an emotional outburst every couple of weeks, it’s your job as the manager to handle it. People are not robots, thank heavens. And men are not women, also thank heavens.

What about you? How are emotional outbursts handled in your office? What could be improved?