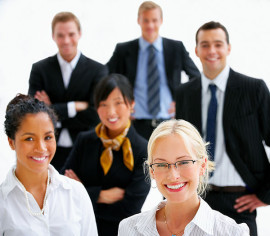 Why women need to stop complaining about the sexist male culture in tech.

The male-dominated tech culture is under heavy fire from women who are justifiably fed up with the harassment, subtle jabs, discounting of their ideas, and just generally chauvinistic treatment in the tech world.

But it’s time to just shut up.

I don’t mean don’t speak up when it happens; you should still speak up when you are mistreated. However, it’s time to just shut up about the problem, because you aren’t going to get the result you want.

Male-dominated companies are not going to change their culture to align with women’s needs.

We’ve been saying for years that women are not men. Guess what? Men aren’t women.

Company culture is determined at the top. The CEO sets the tone. No amount of complaining, training, or education is going to change men into women. Fundamentally, what that means is that different management styles and cultures work better for different people. Fundamentally, what that means is that male-dominated companies are going to continue to have a culture that will be uncomfortable for women.

The natural result of this is that, as long as most tech companies are dominated by male CEOs, the culture of the tech world will be predominantly male.

If you want a great corporate culture, build your own

The corporate culture will change when 30% of the companies are owned by women.

The good news is that can happen practically overnight.

When you build the house, leave off the glass ceiling

Yeah, but that’s not what I want!

You heard me: tough beans. The world doesn’t look the way we want it. It’s going to take a generation to change this, so let’s start now.

Whining about it will make zero difference. What you want for yourself may not be possible, just like living on Mars. One day, perhaps, people will live on Mars. One day, perhaps, women will be able to climb the corporate ladder as easily as men. One day companies will have the great atmosphere I’m envisioning in my series “What (Tech) Women Want”.

Until that moment, you and I are working on making it so. To make it so, women need to own more businesses and have more capital.

A finger in the dyke

I do want to applaud the efforts of companies that are trying to address the gender gap.

I especially applaud the many women who are speaking out about their personal experiences, standing up for better policies, and refusing to be treated unfairly. They are truly heroines.

We need to keep implementing these changes as part of the overall shift that is taking place. But we should not fool ourselves: these patches will not fix the system.

The system cannot be updated through small steps. It must be overhauled by systemic change, and that systemic change means women need to get rich enough to support other women-run businesses. When we have enough capital, the system will be equal. Until then, it will not. Fixing incremental problems simply will not do.

And one more thing: stop your whining

I know I started by talking about this, but it bears explaining.

What that means is that the more we talk about harassment, the more it shows up.

I have never been sexually harassed in the tech sector in Israel. There are 2 reasons for this, but one is that we don’t have a society obsessed with sex. (The other reason is that both women and men accept that it’s men’s job to protect, or at least cooperate with protecting women.)

In fact, we talk about this very little. But if there’s an incident, we just put the guy in jail. Even if he’s the President.

Silence is not an option, I agree.

At the same time, the more we talk about it, the more backlash we get. We wonder why we get harassed when we talk about harassment. It’s because resistance breeds persistence.

That’s why this series of articles emphasizes the positive. That’s why Purple and Nine is all about solving problems and not about destroying evil. We don’t want to bring evil into the world, so we don’t name give it energy by naming it all the time.

We name the good.

The good is money

Fortunately, the fix is simple, and it’s just a matter of putting the money in the right places. I’m not saying you should fund Gangly Sister specifically, though certainly that is on my mind these days.

And if there is no capital to start with, that’s fine. Today, you can start your own business with little other than your own sweat power. It’s a waste of that power to complain. Stop trying to change the system and create your own today.

Tell us in the comments what you’re doing today to create a new culture to replace the status quo.

When is it appropriate to greet a business woman with a kiss instead of a handshake?What to do about emotional outbursts in the office