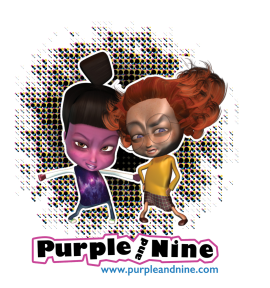 At Gangly Sister, we’ve never hidden our geekiness, but we still get asked: “Why comic books?” or even “Do people still buy comic books?”

In fact, when someone told us that was our real market, we thought the same thing. But the numbers are astonishing. Comic books have growing year-on-year sales consistently. And digital comics are growing even faster. The 2014 numbers aren’t in yet, but digital comics went from non-existent in 2008 to close to $90 million. It’s not just digital that’s growing. Printed comic book and graphic novel sales are up too, with growth of about $100 million worldwide annually, reaching almost  billion dollars in 2015.

It’s a big market, and it’s no surprise. People pay for comic books.

I know, it’s not a big revelation. It is a slightly weird one, though, We started with a cute video. over 50,000 people saw it in the first month. In comic book sales, that would be a real living. In YouTube advertising, that would be $12, if Youtube paid out such small commissions. If you think about the big media companies, or any company, the return on comic books is excellent compared to the risk and the cost. It’s a great place for us to start.

We are committed to getting Purple and Nine to as many kids as possible. The first step is to put out a product that we love, and that can sustain the company and build our audience. Comic books allow us to get the content into kids’ hands quickly. With digital comics, kids can get the product immediately and read it immediately. The purchase price is low ($1.99 per issue), and if the kid likes the series, you can get the whole series.

Interestingly enough, women are increasingly buying comic books and the comic book companies are making huge efforts to capture this audience. In March, the best-selling comic book was Princess Leia.

Recent successes of books such as Sisters and The Diary of a Wimpy Kid show that there’s a huge market for comic-style books for kids. Let’s face it, who doesn’t like comics or books with pictures? Share with us — what comics do you secretly read when nobody’s watching?

The Daily Selfie Guide for GirlsWhat are Purple and Nine Doing?