Disney, Google and NASA blow the non-stereotype thing once again 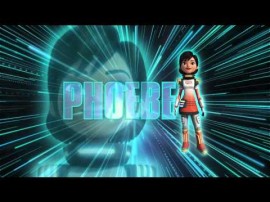 I love the caption on the image in this article, which says “The makers of “Miles From Tomorrowland” tried to steer clear of science stereotypes.”

Oh, and it’s not weird at all that Disney needs support from NASA or Google to produce television for girls. Because Frozen was only the highest-grossing animated film EVER, so Disney isn’t sure kids want to watch shows with girls.

I’m going to say something about stereotypes, and it’s not going to be politically correct. The politically-correct people say that they are color blind, but it’s about the time we told the truth. I’m not color blind.

I’m not saying this because I’m a racist. I’m saying it because I have eyes in the front of my head, and I notice these things, I grew up in a mixed race community in New Jersey, and I lived my whole life pretending that I was color blind. Now when I look back on it, I realize I was trying too hard to prove that my best friends, the guys I dated, and the people I hung around with were almost always lower class, or darker skinned than I. And/or homosexual, I might add, but at the time nobody was out of the closet.

So I stopped pretending I am color blind and started admitting the truth. I see color. I see gender. I see disabilities. I see body art. When I see those things, I have an opinion about that person based on those things I see. The only way to put that opinion aside is to first recognize it.  Every day, we fail to recognize our own biases. I’ll give you an example.

I have a retired friend who recently went on vacation without her boyfriend of several years. I asked her why he didn’t come and she said he couldn’t afford it. I didn’t think much about it until afterwards. They’ve been living together 5 years or so. If a man told me that he didn’t take his girlfriend on vacation because she couldn’t afford it, I would be much more surprised. I mean, you live together. You’re retired. What else would you do with your money? Suddenly I realized that I had a hidden gender bias around money.

So what would Disney do to start addressing their biases? First of all, recognize them. If I were Disney, making this show, for example, I would say to myself “whenever I draw a default person, it is a white male, even though neither white nor male people make  up the majority of people in the world.” I would say to myself “I always give girls bigger eyelashes and redder lips than boys.” Once I know I am doing those silly things, I can stop doing them.

I’m not as embarrassed for Disney as I am for the media, to tell the truth. I’ve seen this article, unquestioned, in a number of places. People are passing it on to me as a shining example of how we are finally encouraging girls to become scientists and astronauts. Yes, it is progress. No, it is not putting gender stereotypes aside.

What do you think? What are biases you have that are so deeply ingrained that you don’t even see them? What does the media need to do to combat this, now that they’ve so successfully ingrained those biases in our minds?