Look (at those boobs) where you want to go 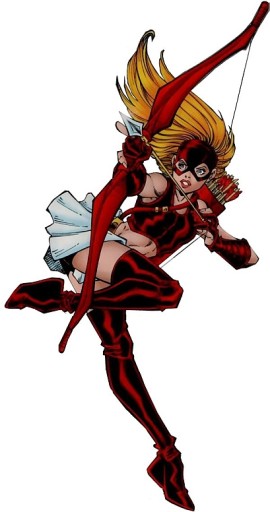 I was amused this week by a tublr blog called Escher Girls which showcases female superheroes from comic books in impossible poses, and postulates how they could have gotten that way. (If you have samples, they are happy to receive your submissions. No pun intended, really.)

As more and more of us stand up against offensive images in the media, I wonder at what point we are doing ourselves a disservice by spreading the images, even in protest. In other words, when we show a picture of a Photoshopped woman’s body and say “this is wrong”, we are showing that image again, and that image is getting imprinted in our subconscious mind.

It’s our belief that our words create our world. When we focus on what we don’t want, we are in danger of steering directly towards the thing we want to avoid. In that context, everyone has a responsibility to think about what we are focusing on and what we are telling others to focus on.

All of us today are consumers of media, most of us are curators, and quite a few of us are creators. In each of these roles we have a responsibility over the media.

There’s a tendency to think that the media is simply reporting on what happens. That’s partially true. But if you think of media coverage as a reward, which for most people it is, you start to understand that media coverage can actually create an event.

American Apparel is a company who has recognized the value of this for years. They repeatedly create ads that are designed to be banned. That’s right. They want their advertisements to be banned. Why? Because then it’s a news story. When the ad gets banned, the news media runs the ad as a news item and they don’t have to pay for it. People want to see the ad, because it was so scandalous it was banned. Admit it. You are tempted right now to look up those ads just to find out what the scandal is about. But guess what? When you look up that ad, you are encouraging advertisers to make more of them – because you are illustrating to them with your clicks that sexualizing models works as an advertising tool.

If, as consumers, we click on ads with cute babies and puppy dogs instead of T&A, we will get more babies and puppies. You probably know that we aren’t huge fans of kitsch here at Gangly Sister, but it beats skeevy.

A mother recently told us she went to a comic book store looking for something for her girls, and found nothing. “My solution has just been to tell them no. You can’t buy this and you can’t watch that. I’m so glad to 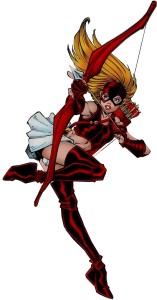 hear you are creating something I can say yes to.”

We can’t prevent our kids from consuming media. But in today’s world, we can create our own. We can consume only what we want. Gangly Sister may be a niche media today, but as you share what we’re doing, you are making a loud statement to media companies that you want more clever and wholesome media. Rather than posting complaints about what you don’t like, today is the day to share what you want more of.

How to make history as a womanWhat the Bleep Are You Doing?