Who cares that Disney’s “Frozen” is … 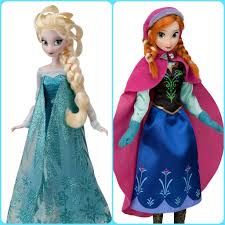 Who cares that Disney’s “Frozen” is the top-grossing animated film of all time?

Yesterday in The Verge we learned that Disney’s Frozen is the top-grossing animated film of all time. Setting aside the fact that this is a made-up statistic (it’s not adjusted for inflation, and “animated film” is a category invented to have one more thing to write news about). How excited are we, Gangly Sister, about this?

I find it difficult to find any redeeming qualities in the movie, other than it was sweet and pretty.

Didn’t anyone notice that none of the characters had any personality? And what’s the theme? That no matter how many stupid decisions you make, things will turn out fine?

I mean, let’s face it. Anna should have been dead at least 5 times. She played carelessly with her deadly sister. She went out alone in freezing weather with no coat, hat or gloves. She disabled the only person who was protecting her from wolves. She tried to climb an ice tower with no experience or equipment. She got engaged to an abusive and cruel man. To be perfectly honest, she behaves with the judgment and self-restraint of a 3-year-old.

Perhaps that’s to be expected. What kind of judgement can you develop when you’ve been locked in a room your entire life by parents who had poor enough judgement to think locking the world out was a good solution to their problems? I’m frankly surprised that Anna knew enough to know that you use money in a shop to purchase clothing. Still, even factoring in the isolation and the parents with no judgement, she should at least behave with the restraint, let’s say, of a 12-year-old.

It’s not just Anna. Elsa isn’t any better, nor is Kristoff or Hans. I can’t think of any reasonable decision in the entire film, with the exception of a few of Olaf the snowman’s ideas. In fact, Olaf is the only character with any personality. All the rest have less depth than the Gingerbread Man from Shrek.

Not one character has a distinguishing personality trait or goal in life. How original.

There’s no evidence, in fact, that Anna or Elsa would be good or generous as queen. It makes me wonder why Hans felt so obligated to be a nice prince and distribute blankets to the poor. He wasn’t a good guy. He had no reason to think that this is what Elsa or Anna would have wanted. After all, as girls with maturity levels below adolescence and with no experience of other humans, why would they share?

I’m baffled. Is it the happy ending that has people raving? Is it the gorgeous animation? Is it that nobody has given any thought to the lessons their kids are learning in the media? Is it that Disney is Disney, and it doesn’t matter? Or is it just that you have to see the movie because everybody else did? Or is it the soundtrack?

I don’t buy that it’s a big deal to have two female protagonists in the movie. There are plenty of Disney movies with lead female roles, as thoroughly covered under “False Feminism”‘ by Dani Colman  (highly recommended). The media is making it a big deal, but I’m willing to bet this isn’t the first video you’ve seen with female protagonists. Women are underrepresented in the media, but they aren’t absent. It’s all just another publicity stunt to me.

So, in summary, here are the main messages I could gather from Frozen:

So, what do you think? Did you discuss any of this with your kids? Why did you or your kids like the film?

Fortunately, I don’t think this is the norm or even the trend. Interesting and deep female characters featured in many of Hollywood’s top films last year. But what made Frozen special? Can you fill me in? Use the comments below to tell me why you think the film was so special.

What about the ugly girls?Why are there so few men in technology?

What to say this holiday season so as not to offend any religion…
December 28, 2015

One thought on “Who cares that Disney’s “Frozen” is …”