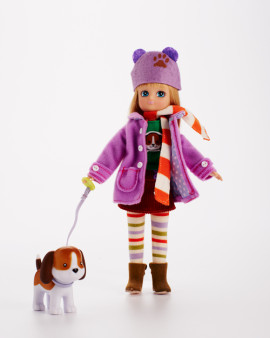 Everyone is so excited about the new “game developer” Barbie, but it just makes me sick.

First of all, of course she’s a game developer, because every other profession in engineering and coding “sounds boring.” Heaven forbid she should be doing something boring like developing an algorithm to analyze the outbreak of disease, creating an app to make government serve people more efficiently, or developing a robot that cleans up the ocean. Nope. That kind of boring, non-glamorous stuff is not for Barbie. Barbie is a game developer. And she looks fab.

I’m not knocking game development. My company develops entertainment. Barbie herself is entertainment. Entertainment sends important messages to our children. It would be great if there were more female game developers, creating games where women aren’t treated as objects. Or game characters that show you don’t need to be busty to be valuable.

But I’m not going gaga over a new line of Barbie dolls that includes a “curvy” set of dolls that look a little more like normal people, except for the waistlines, thigh gap, and delicately tiny ankles. Is that our new definition of “curvy”? In what way is that label helping normal-sized girls not become anorexic?

Game developer. You can be anything you want, as long as it is glamorous and fun.

Oh, and did anyone notice that there is 1 doll in the series that is in tech filed but half a dozen who are “Fashionistas?”

To me, the whole ingenuous series of Barbies with professions is Mattel’s way of assuaging intelligent parents’ guilt about buying a doll that fundamentally sends a message of fashion, luxury, and leisure.

Let’s not delude ourselves. It’s Barbie. When you buy a doll, you are supporting the entire enterprise of large corporations dictating to women how we should look and encouraging us to purchase a long list of fashion and makeup items to ensure that we look that way.

If we really want to make a change, let’s stop giving Mattel free advertising and instead show dolls like Lottie, elle&cee, Makies, One World Dolls, Project MC2, and Ruby Rails.

Would you love to join Gangly Sister?What to say this holiday season so as not to offend any religion…

When is it appropriate to greet a business woman with a kiss instead of a handshake?
May 30, 2014